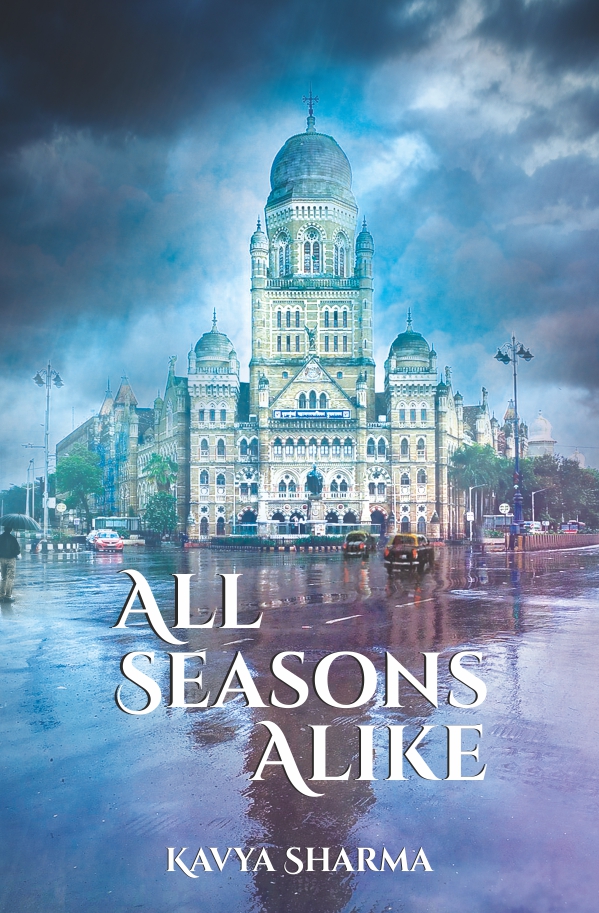 All Seasons Alike is Bindiya's journey of life which starts from a small chawl in Mumbai's Sakinaka, where three underprivileged women (she, her mother, and her grandmother) thrived together some days on compassion, some days belittling each other. From free langars every Tuesday to studying in SUDHAAR and taking a leap of faith- Bindiya wanted to break this circle of under-privilege and poverty, get educated and make a living. But what when you have a series of people playing against you? So much so that you shift cities, run away from your past and change your identity.

From Mumbai's Bindiya in the past to Dilli's Shaina in the present, this story captures the struggles of a woman who grew up suffering at the hands of every man who played a major role in her life, falling back to the same old pattern. The journey captures the life of not just Bindiya/Shaina but women like her- bringing in the themes of sisterhood and a sense of belonging when you have no one to fall back to.

Though, dear reader I ask of you- what when even after all this running, you come back to full circle? When your past collides with the present? How do we end such tragic stories? Maybe, we don't

Kavya Sharma has completed her Masters in Creative Writing from the University of Nottingham, England. She has authored two books till now namely a Y/A women's fiction novel called “To Naddiyaa” published by StoryMirror and a poetry collection called “The Carmine Memories: An Insane Woman's Poetry” published by Partridge India. Apart from that her poems/short fictions have been featured in various anthologies/literary magazines including Ninety Seven Poems by Terribly Tiny Tales (published by Penguin), A Map Called Home by Kitaab Org. Singapore, The Bangalore Review, Out of Print Magazine, Thought Catalog, Indus Woman Writing, Audible Suno, etc.

Kavya has been recognised as the 100 Most Inspiring Authors of Indian, 2018 by The Indian Awaaz, Author of the Year 2019 by NE8X Literature Fest and has also been awarded The Honourable Mention by Delhi Poetry Slam for excellence in poetry in their Free Verse Poetry Contest. She was also given Honourable Mention in the field of Literature by Dyal Singh College, Delhi University and was given Certificate of Recognition addressing Women Authors of India 2020 by She Foreword.

Her works have been recognised by The Sunday Guardian, The Asian News, BBC Nottingham Radio, Deccan Chronicle, etc.

Apart from this she is also the Founder and Editor-in-chief of Verse of Silence, a literary platform which comes out with a creative magazine quarterly and also conducts poetry readings and online projects/workshops across India.