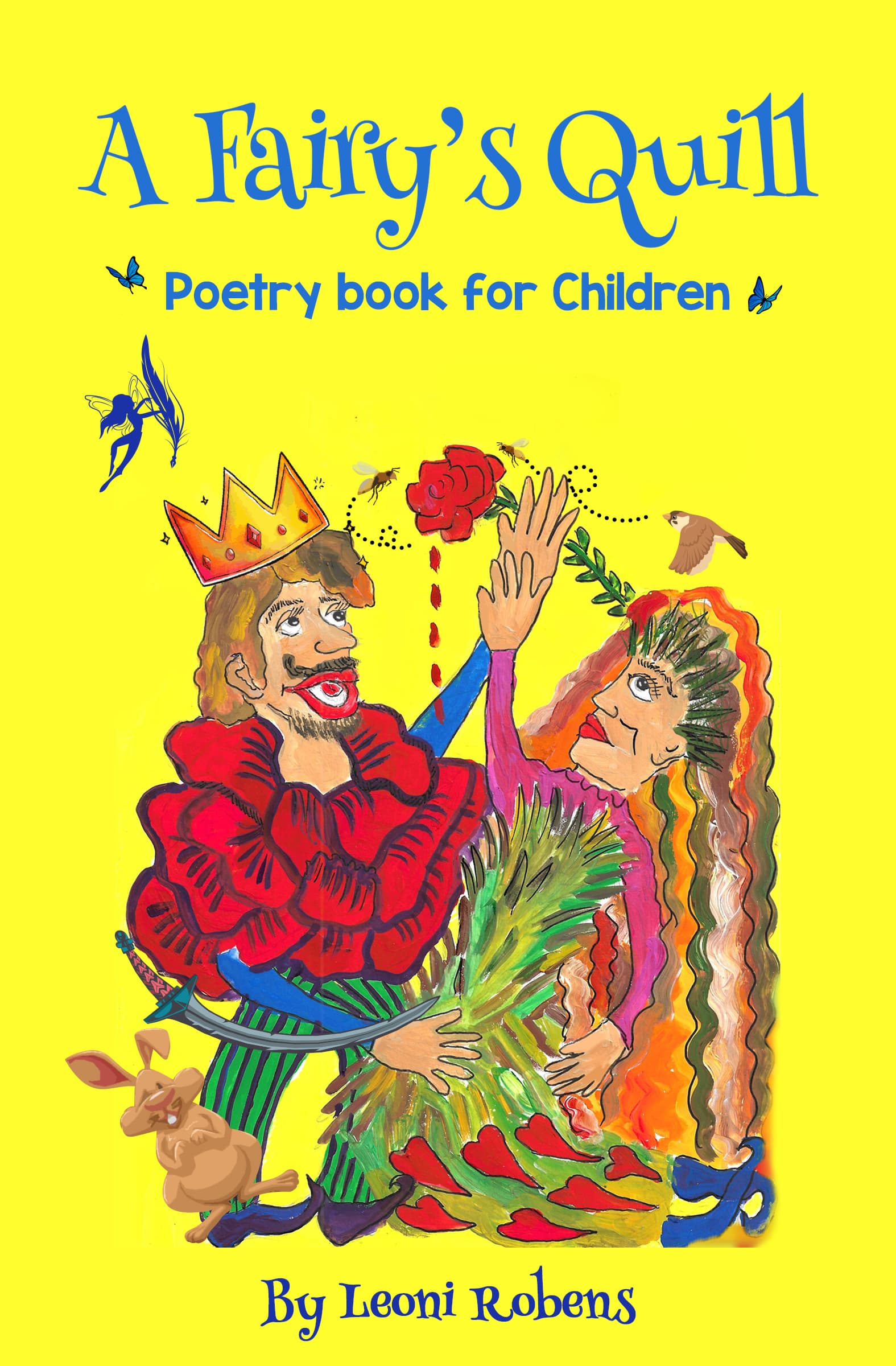 The book contains a selection of 45 poems about fairytale creatures like goblins, mermaids, leprechauns and garden sprites. Mystical creatures that allows one to let loose their imagination, based on the foibles of human nature.

Poems like the Mermaid and the S.O.S, Princess Rosebud and her Sea Adventures, Skeletons, Maybe it was a Mermaid, the Stolen Mermaids, the Gallant Sprite Robin Hood Good Fellow who steals from the rich to give to the poor and outdoes the King Sly as a Fly and Wily as a Cunning Fox, King Slapstick and the Land of Laughter, how King Slapstick saves his kingdom from the wrath of King Ire and turns his morose queen Primrose happy again, thus turning the land into a land of Laughter.

A poem about Mona Lisa, An Ode to Mona Lisa and Mr. Fictionary, about a fairy who contends against a naughty elf whose name spells Fiction. Astrology a short astrological tale of the twelve zodiac signs, My Guardian Angel, Moonshine the Mermaid’s Mother, the Mermaid’s Grandfather Silver, Sea Dragons and many more!

The author goes by the nom de plume Leoni Robens, loves writing poems of love, valour, knights in shining armour, mermaids and all sorts of fairy folks. She has won a scholarship in English and won certificates for elocution, drama, singing and handwriting. The author loves cooking, gardening, painting and singing and has sung in her mother-in-law’s choir for many shows performed on stage.

Her favorite authors are George Mac Donald, William Shakespeare, Lewis Caroll, Enid Blyton, Frances Hodgson Burnett and Hans Christian Anderson and her favorite book is Alice in Wonderland. She studied her Bachelor’s degree in Commerce. At present she is a housewife, but still continues writing these enjoyable poems, to entertain adults as well as young minds with some fun and magic. Hopes one day, brings out the best in song, dance and dramatics to be performed on stage by budding enthusiastic young actors, which would add a feather to her cape. As she believes that the “PEN IS MIGHTIER THAN THE SWORD”

She lives in Mumbai with her husband, son, mother and her pet African grey parrot Smokey. She has illustrated the book with black and white illustrations and the cover colour picture, from the poem Romeo Rose and Juliet Thorn has been painted by her, the graphic art added by her son.