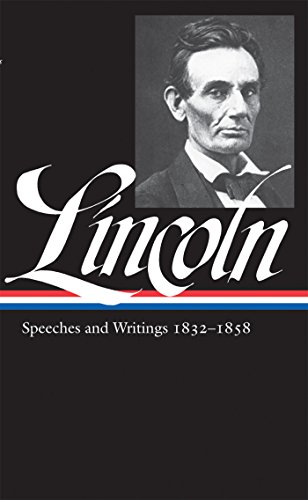 Abraham Lincoln measured the promise—and cost—of American freedom in lucid and extraordinarily moving prose, famous for its native wit, simple dignity of expressions, and peculiarly American flavour. This volume, with its companion, Abraham Lincoln: Speeches and Writing 1859–1865, comprises the most comprehensive selection ever published. over 240 speeches, letters, and drafts take Lincoln from rural law practice to national prominence, and chart his emergence as an eloquent antislavery advocate and defender of the constitution. included are the complete Lincoln-Douglas debates, perhaps the most famous confrontation in American political history.

Don E. Fehrenbacher (1920-1997), whom the historian George Fredrickson called “the foremost Lincoln scholar of his generation, ” was professor of history at Stanford University and the author of several books, including Prelude to Greatness: Lincoln in the 1850’s, the Pulitzer Prize-winning The Dred Scott Case: Its Significance in American Law and Politics, and Lincoln in Text and Context. Shortly before his death, he was awarded the 1997 Lincoln Prize, the nation’s highest annual award for Civil War studies.