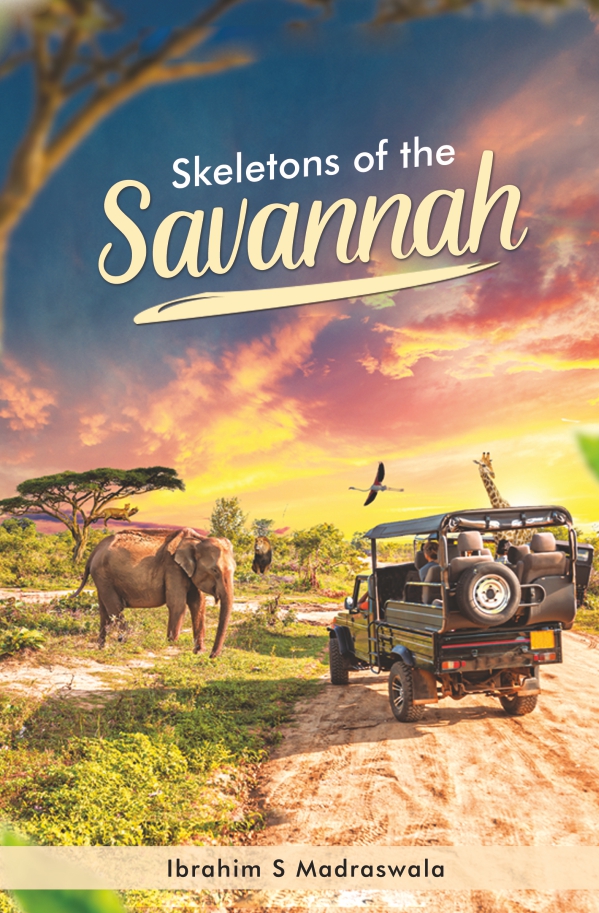 Skeletons of the Savannah

Five friends decide to leave their hectic lives and go explore the world. They end up in Masai Mara, Nature's grand safari station. Mind you, their journey starts with a few hiccups, no doubt, but they safely land up in the Savannah. Ilango, Lily, Amir, Prachi and Bipin get engrossed in enjoying the wildlife, oblivious to the perils that lay ahead of them. Their lives start spiralling out of control on one fateful night.

Turn the pages of this book, “Skeletons of the Savannah”, to get on a roller-coaster with the friends, and encounter the tests and difficulties they face in staying safe while discovering agonising secrets they never knew existed.

Ibrahim Saifuddin Madraswala has just passed out of twelfth grade, and is pursuing Interior designing in Chennai. He had a craze for writing as early as when he was in primary school. Although it was in bits and pieces, his teachers always encouraged him. And yet, he never discovered he could write a whole novel until he heard about the program by MSB Educational Institute called Young Authors.

He currently resides in the city of Chennai, but was graced the privilege to study at a number of other MSB's. This has given him a lot of exposure, at the same time blessing him with the joys of multiple hometowns. This is his first novel, which he still finds hard to believe he sees it to completion. He adores travelling, which is another reason he sent the characters of this book on a trip too.