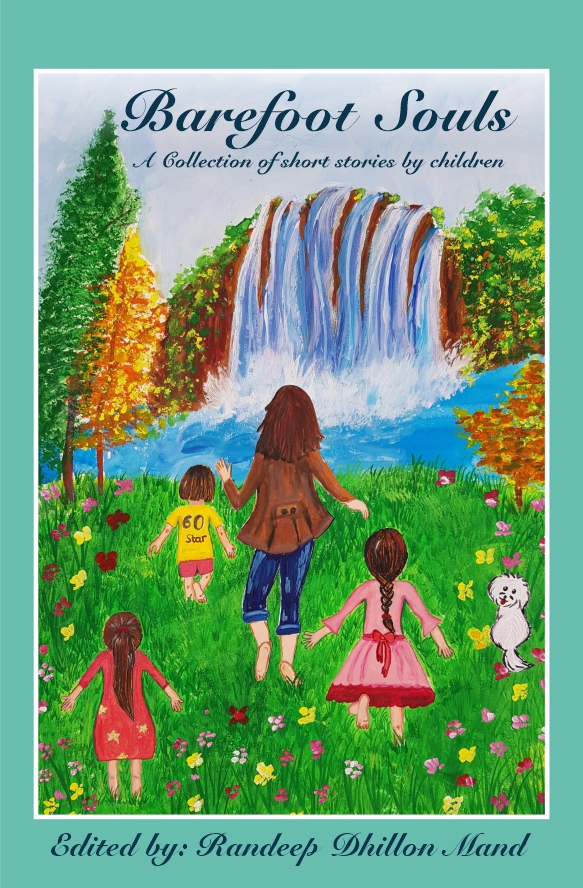 Barefoot Souls: A Collection of Short Stories By Children

For once, children were allowed to weave their own tales and recount them. Lo and Behold, their abilities to visualise an enchanting world with fascinating characters blossomed and soon it was raining stories.

A Japanese princess flees her kingdom and has to be coaxed back by parents. An old tractor comes to terms with life on a new farm in Punjab. The king of an ancient Indian city finds a way out of battle and bloodshed.

Adventure, time travel, family conflicts, treasure hunts! The stories with such varied themes compile together in this engaging book that is sure to strike the right chord with children who gladly escape into a make-believe world and adults who might chuckle at the innocence of these greenhorns.

The short stories in this book have been authored by children aged 8 to 14, during a program envisioned by Ms Randeep Mand, who guided them on the finer nuances of fiction writing and edited their stories.

Randeep Mand has been an effervescent teacher, known to spark the curiosity of children and engage them into compelling lessons.

After a rewarding career as an educator at a school in Jalandhar, she ventured into the world of informal education with 'The Fable Garden', an enterprise that was initially aimed at reviving the enthusiasm for stories and novels in the region, and has now forayed into creative writing too.

A prolific writer, she pens down heartwarming write-ups that regularly appear in the ‘Hindustan Times’ and ‘The Tribune’.