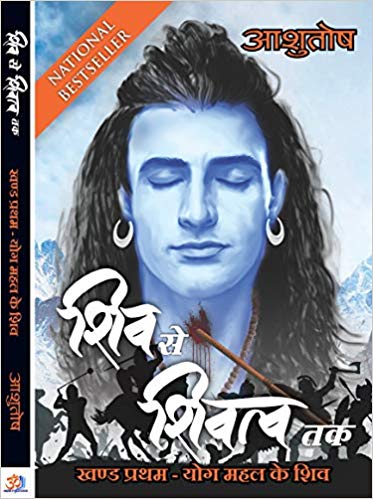 This is possibly the first book of its kind that fully connects spirituality to science. In any case, this is certainly the first effort to disseminate knowledge that hitherto lay in the essence of Shiva. How did I get this wisdom and write this book even though only the Lord was conscious of these truths? I got the information contained in this book and the permission to write it from my great Guru. The Lord incarnated as various Avatars at different times. With my limited abilities, I could amass only a small part of this vast truth. I have tried to pen what I learned. In this book, I have attempted to describe the beginnings of the spiritual journey of Lord Shiva. In this book, Shiva is found to be in a state of imperfection. He does not possess magical powers. He doesn’t have the moon in his locks. Mother Ganga is yet to begin her flow from the Lord’s Head. The first part of the series ‘From Shiv to Shivatva’ – The Shiva of Yogmahal is a narrative on how Malechhas, beings from another realm, invaded the earth with a view to assume command over the entire universe. Lord Shiva did repulse the invaders but was fatally wounded in the process. In the next part, Lord Shiva will become Neelkanth – Divinity exemplified by a blue throat. Please read the book. May you receive the blessings of Lord Shiva and my adorable Guru.

Ashutosh refrains from discussing his past life and merely says that the pre-2012 phase is virtually inexistent for him. That phase was nothing more than a rote procedure. Although the pre-2012 period witnessed countless accomplishments of Ashutosh that are reckoned necessary for life such as property, vehicles and wealth. He has coached more than thirty thousand students in Chemistry for IIT Joint Entrance Examination. More than one thousand students of Ashutosh made it to IIT.