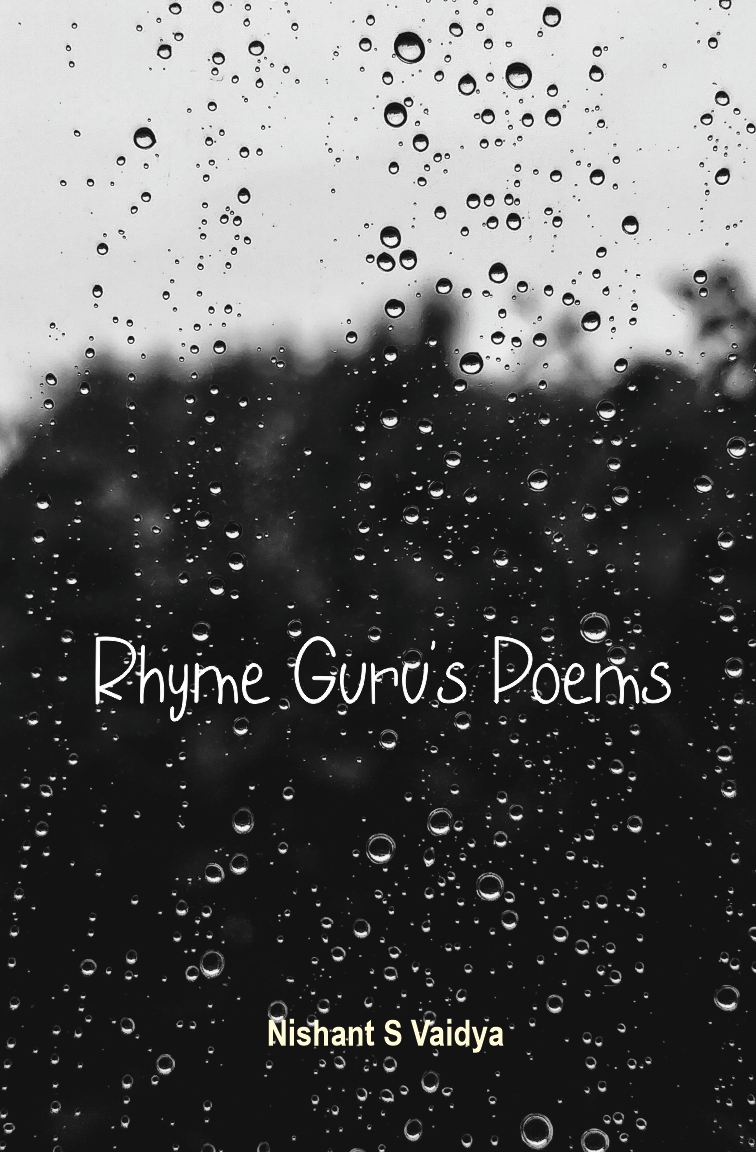 All the poems are written by me. It's a collection of most my poems under various topics. You’ll get to read poems on various people and topics where I have tried my best to express them in a poetic way. Every piece is a masterpiece in its own way and its written with hard work, time, and dedication. Every piece has a different flavor and has something unique to deliver to the audience. So that you read you enjoy every piece and enjoy your time.

Nishant S. Vaidya has been a young Certified Poet Of The Year 2020. He is a Bhagwan Shri Sathya Sai Baba’s devotee. He lived and studied in Abu Dhabi and he was a student from The Daly College, Indore. He has completed Masters in Performing Arts in Tabla from Maharaja Sayajirao University, Vadodara, Gujarat, India.

He is commonly known as “Rhyme-Guru” from India in Africa. He has been a Vice President for an Indian community named “Writers’ Global Movement India” He has been an Editor for a Global Anthology named War Against Fake News by Luqman Alawode from Nigeria.

His poems have been published in few African Magazines namely Roots Magazine-Malawi, Urban Magazine-Uganda, Theguru Ent. Magazine-Zimbabwe etc.. His written article has also been published in The Mount Kenya Times, Kenya. He has even been a Co Author of few Indian and African Anthologies too.