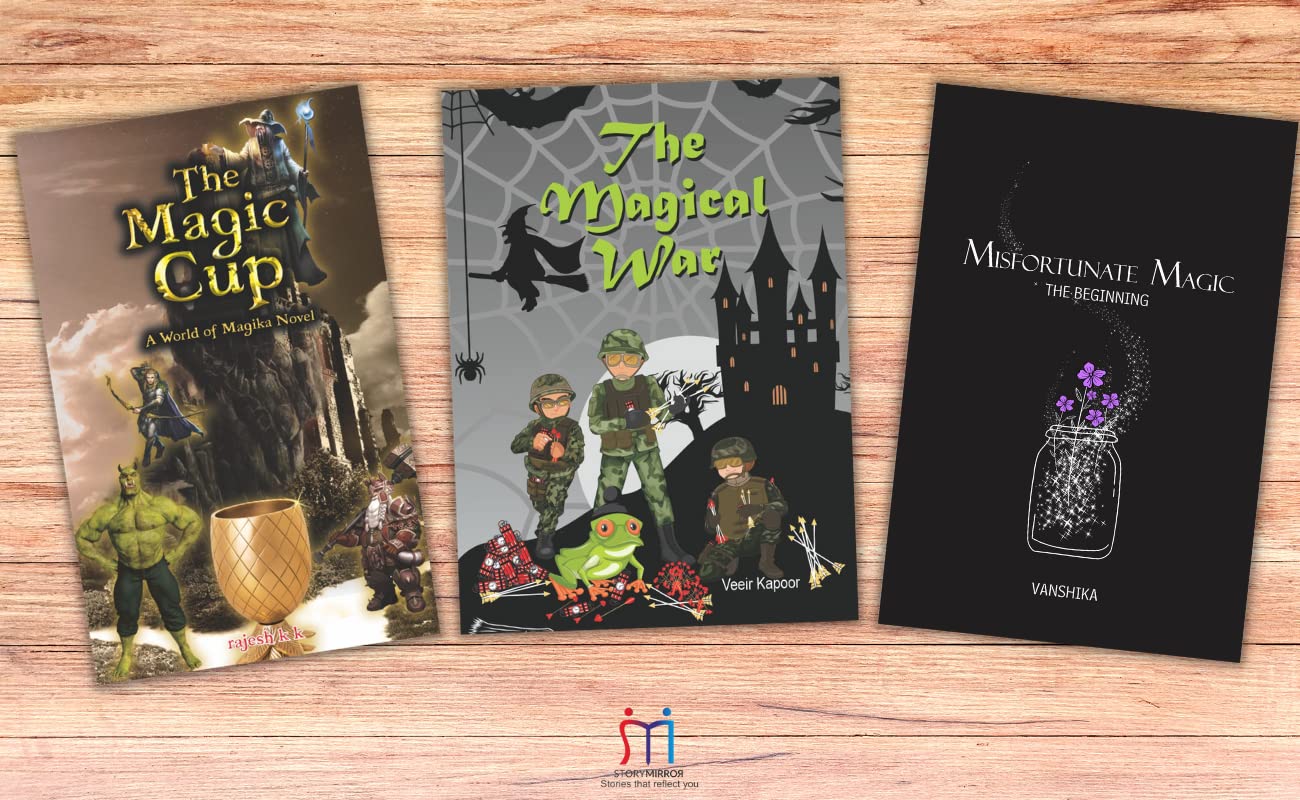 Magic is an illusion and a part of one’s imagination in stories that take us to a parallel world having creatures different from the real world. Interesting, intriguing and imaginative - this Bestselling Book Combo of Magical Tales transports you to a world of magic, mystery and misfortunes.

The Magic Cup : A World of Magika Novel

Written by rajesh k k, this book is about four good friends from Bangalore who are mysteriously transported to another world called Magika. This book is a concoction of magic, conundrum, and thrill. This is a world of magic and is populated by Elves, Dwarves, Giants and other such fantastic creatures. Dive into this world

Written by Vanshika Chaudhary, this book is about the twists and turns, misfortune or tragedy that deviate the course of our lives. Violet Robinson Parker had an ordinary life before her sister told her about the Consortium. Mythical, mystical, and undoubtedly magical, the Consortium was the one and only thing that her life revolved around ever since her sister’s untimely death.

Written by Veeir Kapoor, this book is about a dangerous witch Aradia in the disguise of a fairy tempting Jazzy and turning him into a frog boy. The fight with witches and witchcraft in the underground will make your legs wobbly with fear. Want to experience the drama unfold?