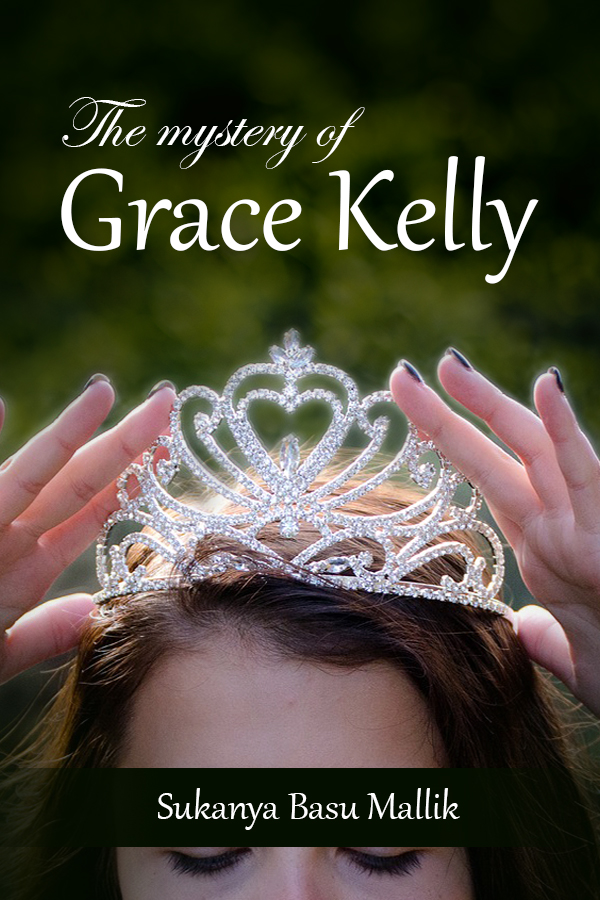 The Mystery of Grace Kelly

An Academy Award-winning American actress, an incredibly beautiful, talented and elegant one. In six short Hollywood years she starred in eleven films, eight of which are revered movie classics (like “Dial M for Murder,” “Rear Window” and “It Takes a Thief”). At the age of 26, she became the 'princess consort of Monaco' in 1956 when she married Rainier III, Prince of Monaco. Thereafter, she was commonly referred to as Princess Grace. Sounds like a lot? But that’s not all. Here is an account of her life, no less than a fairy tale, however be warned! It is a story; both bright and dark. She was ambitious, beautiful and mysterious. I’ve added some of her relevant quotes or quotes by people that shaped her life at the beginning of chapters/parts. Hope you enjoy reading.

Sukanya Basu Mallik is a young author. She has been published in various journals, magazines and anthologies nationally and internationally including Reader’s Digest, Sahitya Akademi Bimonthly Journal, Lucidity Int. Poetry Journal and AIPF Int. Anthology (Austin International Poetry Festival). She has also received a number of awards; The Best Manuscript Awards for fiction & non-fiction categories (Mumbai Literature Festival) being her latest achievements. She has also penned a number of eBooks (quick reads) which have been published by various traditional publishers (digitally). Her debut eBook (Shades of life) hit the Amazon bestseller's list internationally within 12 hours of release. She interviews indie authors to help them spread the word and also has a free ‘Author guide’ series (eBooks + videos) to help writers become published authors. She is the editor of ‘Litzine’ a- a new age digital magazine. To know more about her upcoming books, author events, and to win free stuff, subscribe atwww.sukanyabasumallik.com through the subscription box or by filling out the contact form.