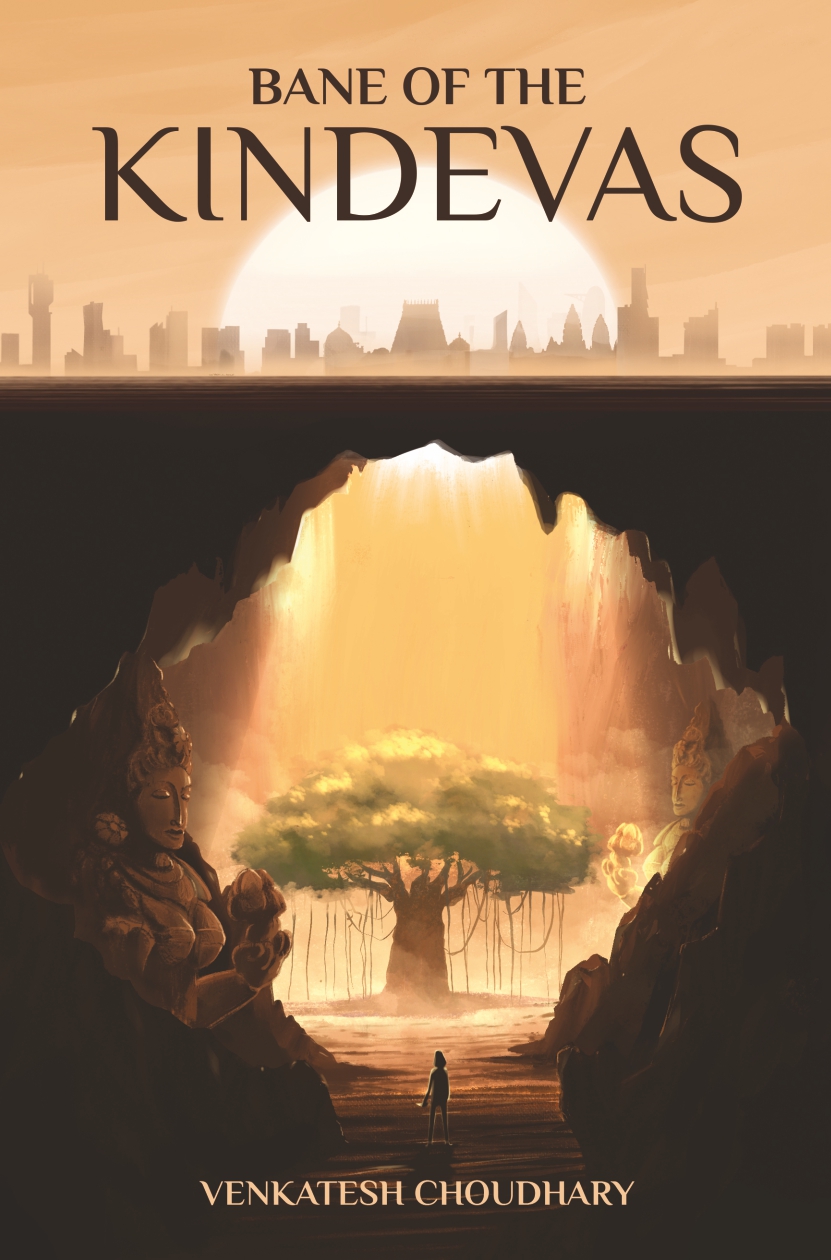 Bane Of The Kindevas : A Mythological Adventure

Rachika, a modern Indian teenager, stumbles upon a secret hideout of the Kindevas - hindu demigods. Trapped there, she becomes increasingly entangled in a bizarre world where Hindu mythology is a reality.

On a desperate journey to escape this world and return to her father, she forms friendships, faces hardships, and uncovers secrets and lies. Just what will she discover about her old life, and how will it change her?

Venkatesh is a fifteen year old student born with a love of books. From a very early age, he was drawn into the world of stories and mysteries, tales of heroics and lores of fictional worlds, all originating from a few printed lines on paper.

At the age of fourteen, he decided to weave a story of his own, a story inspired from the scenes he saw and stories he heard, a tale of Hindu mythology.

He is currently based in Hyderabad, studying in Oakridge International School and spending his time pursuing his hobbies of playing basketball, inventing his own fantasy worlds, and of course, reading books!