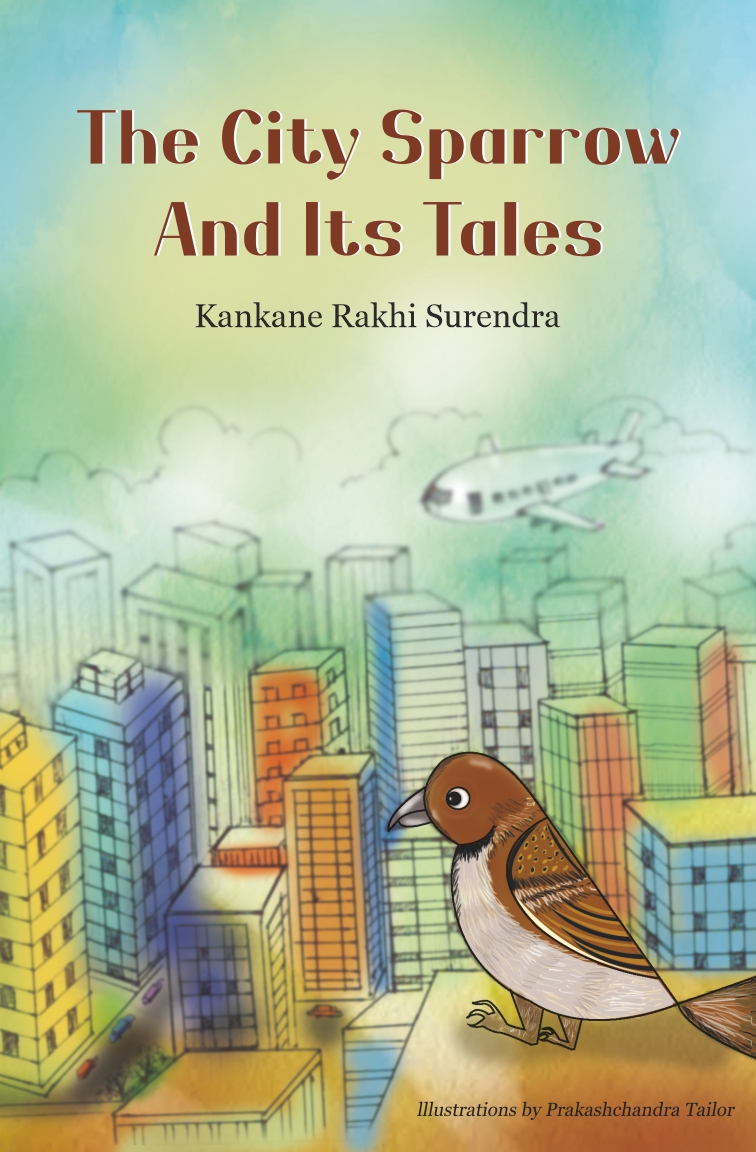 The City Sparrow and its Tales

The best part about any metropolitan city is that it accepts everyone with open arms whosoever comes to it. Though, there are some facts about city life, which are not new to us. Some of these facts are gratifying, while some are really harsh. Just like anything, life in a city has its own pros and cons.

'A City Sparrow and Its Tales' is all about some of these facts of a metropolitan city that we all know, but probably don't talk or bother much about. This poetry collection touches some strings of such facts through the eyes of the main protagonist of this work, a sparrow!

Why a Sparrow? Because the author feels that a sparrow is a commoner, just like anyone of us. In the recent few years, sparrows are said to be on the verge of extinction, but the friendly bird who can be seen often chirping on the windowsill is much more than just a bird.

Author feels that sparrow symbolizes simplicity, power, creativity, community, and empowerment. The little charming bird, despite its small size, is an important part of our life who also serves the ecosystem of the earth. It is said that sparrows use their observations for their survival, and 'A City Sparrow and Its Tales' by Kankane Rakhi Surendra is a compilation of such observations of urban life.

Media professional and an author, Kankane Rakhi Surendra hails from Jabalpur, Madhya Pradesh. Known for her versatile personality, Rakhi studied engineering and then mass communication with specialization in Journalism.

As a media professional, she has worked with some of the leading national media houses. During her extensive tenure with multinational companies, Rakhi has experience in managing 360-degree corporate communication for the brands. In her writings, the natural expression of simplicity, along with the depth of the subject is found. Known for her simple and conversational writing style, Rakhi has earned special recognition amongst poetry lovers.

Her collection of Hindi poems, ‘Tumhari Meri Baatein’ was published in January 2018 and was released during the New Delhi World Book Fair. Rakhi has also worked on some books as the literary editor. Rakhi was awarded with ‘Hindi Seva Samman 2016’ by Malwa Rang Manch Samiti, Ujjain for her constant contribution in the field of Hindi Poetry. Her works are regularly featured in various print and online publications. She also regularly participates in various literary forums.

In January 2021, Rakhi’s short story collection in English, ‘The Lemonade’ was published that received positive reviews and was appreciated by readers. Following its success, second part of the series was published in January 2022.