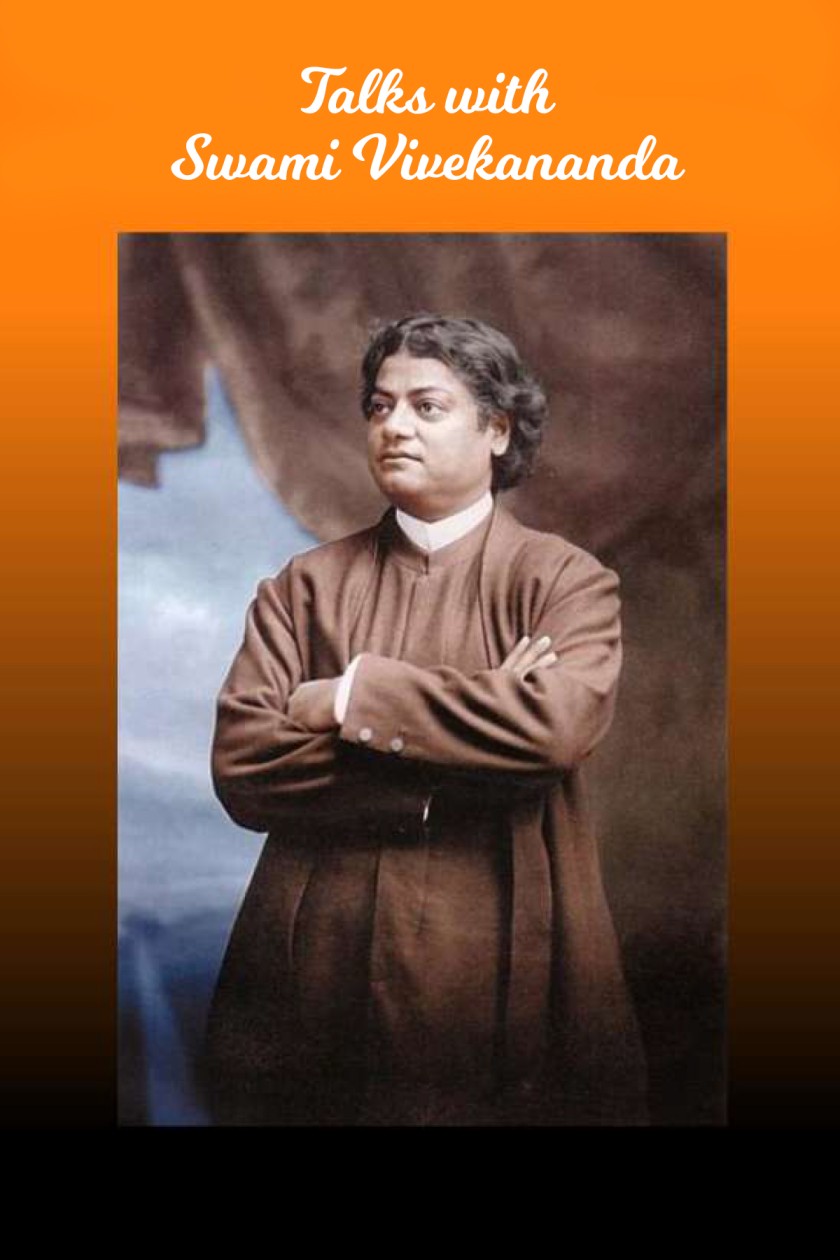 Swami Vivekananda perhaps revealed himself with even greater appeal in his intimate and informal conversations with his disciples than in his public preaching. In these talks, taken from the diary of a close disciple, Swami Vivekananda gives directions about spiritual practice and meditation, talks of high philosophy, and in the next breath discusses the problems of national regeneration, social reform, educational ideals, and other diverse topics.

Swami Vivekananda was an influential Indian figure who played a key role in reviving Hinduism in modern-day India and introducing it to the rest of the world. Some of his books include Bhakti Yoga, Raja Yoga, Karma Yoga, The East And The West, Pearls Of Wisdom, Jnana Yoga, My India, The India Eternal, Practical Vedanta, and the poem Kali The Mother. He also wrote many poems and songs. His writing was philosophical, lucid, and infused with humour. His writings adhered to his belief that language written or spoken must be simple and easy to understand. Swami Vivekananda was born Narendranath Dutta on January 12, 1863. Narendra s personality and thinking reflected his mother s religious temperament and his father s rationality. He was initially home-schooled and later attended the Metropolitan Institute of Ishwar Chandra Vidyasagar. In 1879, he passed the entrance examination from Presidency College, Calcutta (now Kolkata). He earned a Fine Arts degree in 1881, and a Bachelor of Arts degree in 1884. Swami Vivekananda was interested in a variety of subjects including philosophy, religion, social sciences, arts, and literature. He was the chief disciple of saint Ramakrishna of Dakshineshwar, and established the Ramakrishna Mission and the Ramakrishna Math. He played a vital role in introducing the Indian philosophies of Yoga and Vedanta to the world. He eventually became a wandering monk and toured the Indian subcontinent, exploring and understanding its conditions. In 1893, he represented India at The Parliament of World Religions in Chicago, and gave a rousing, memorable speech. He died on July 4, 1902, while he was meditating.