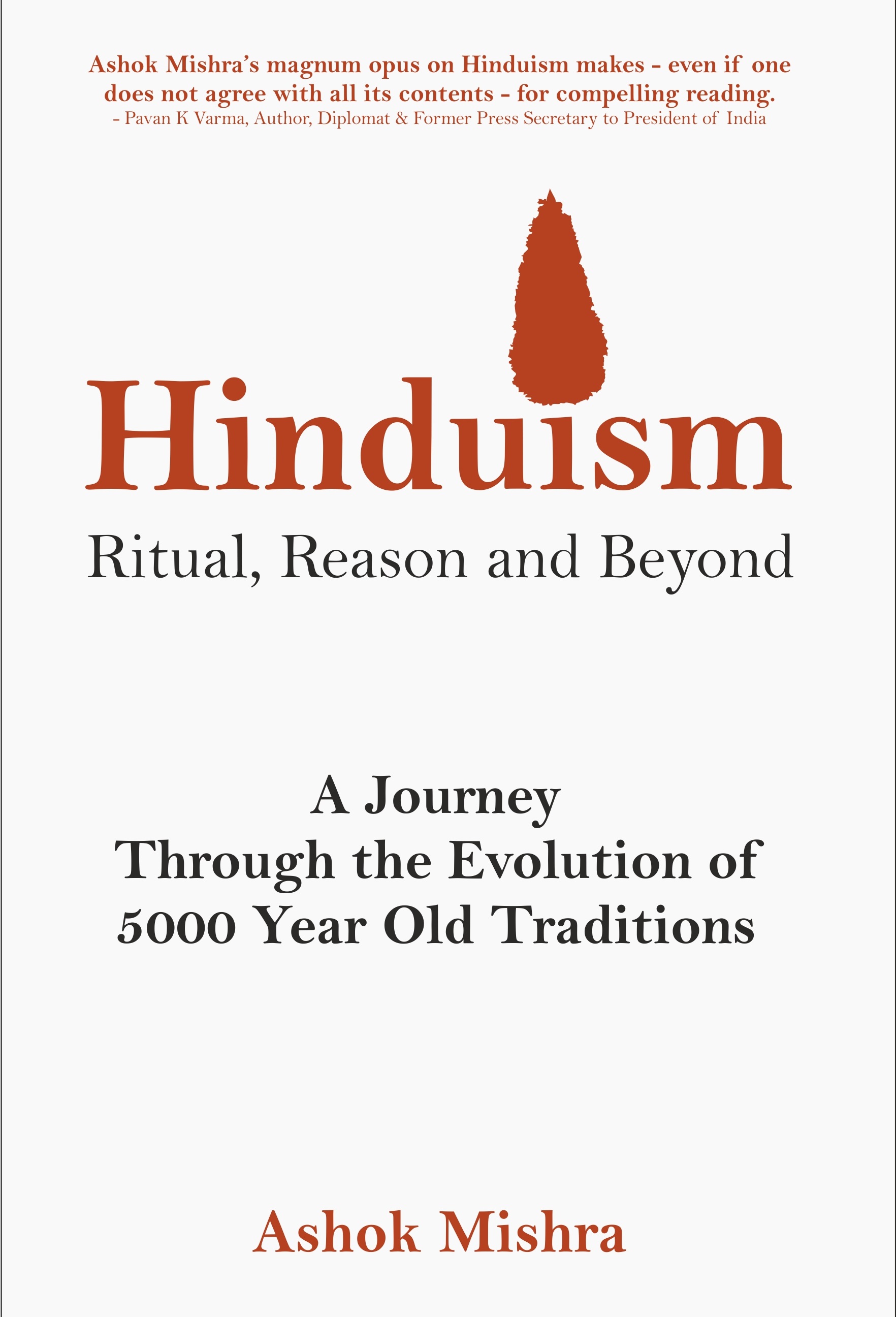 Hinduism - Ritual, Reason and Beyond: A Journey Through the Evolution of 5000 Year Old Traditions

“Biggest credit we can give to the author is that he has surveyed long history of thoughts, concepts, ideas, rituals, and other things which are associated with our Brahmanical and Puranic religion as I would like to call it”

“Many enthusiastic to learn ancient literature, approach the Bhandarkar Institute which serves as literary bureau so to say, for their doubts about these subjects. I will direct them to this book. Long felt necessity or need has been fulfilled in this field.

Those who are curious about Hinduism, Sanatan Dharma and related aspects must go through this book.

There are many misconceptions regarding the Vedic rituals, and even Samskaras also, among the people in general. The Author has described the Vedik rituals and Samskaras also very correctly and in a very good manner

Dr G U Thite, An eminent Sanskritist and Indologist

An excellent contribution to our knowledge on the growth and efficacy of Hindu religious beliefs rituals and practices as they have evolved.

The book is journey through 5000 years of evolution of Hinduism, and is outcome of seven years of study to understand the roots of Hinduism. Tracing the genesis of Hinduism to pre-Indus Valley period, the book explains Hindu, Hinduism and Sanatana Dharma, before it takes one through Hinduism's oldest scriptures - the four Vedas, the four components of each Veda, and what they contain. How all original translations of Vedic texts were done by Western Sanskrit scholars, and why their works have left scope for doubt about the fidelity of translations.