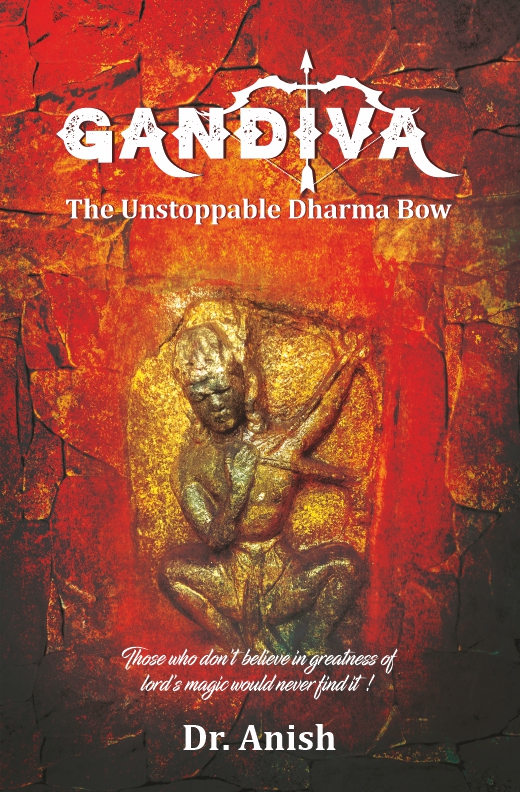 This book of mine is an attempt to pay humble tribute to the Nara, who made the Lord of the 3 Worlds – Janardhana, his Charioteer. So great was his skills and devotion to Janardhana, that the lord was bound to address him as “Sakha”.

The name of the epic is “Jaya” which symbolizes Victory, this incidentally is another name of Arjuna. Also to create an awareness about the legendary son of Indra, who through his sheer hard work, patience and determination rose to the highest level, surpassing the Sixth Vishnu and became comparable with Lord Rama, the purna Avatar.

The book “Gandiva – The Unstoppable Dharma Bow” is the first venture of Dr. Anish. He has been a Supply Chain professional for more than 25 years and goes with the saying “Once a Logistician – Always a Logistician”.

Through his debut he has captured the radiant canopy of the ambidextrous warrior prince, who was blessed with the personal weapons of the Three Eyed Lord and the Swarga deities, Indra being the head, which eluded Lord Rama.

Each page of this book is a mixture of facts & spirituality and each page will be an enlightenment for all of us. The contents will act as forceful impact, like a laser beam and an unending remembrance.