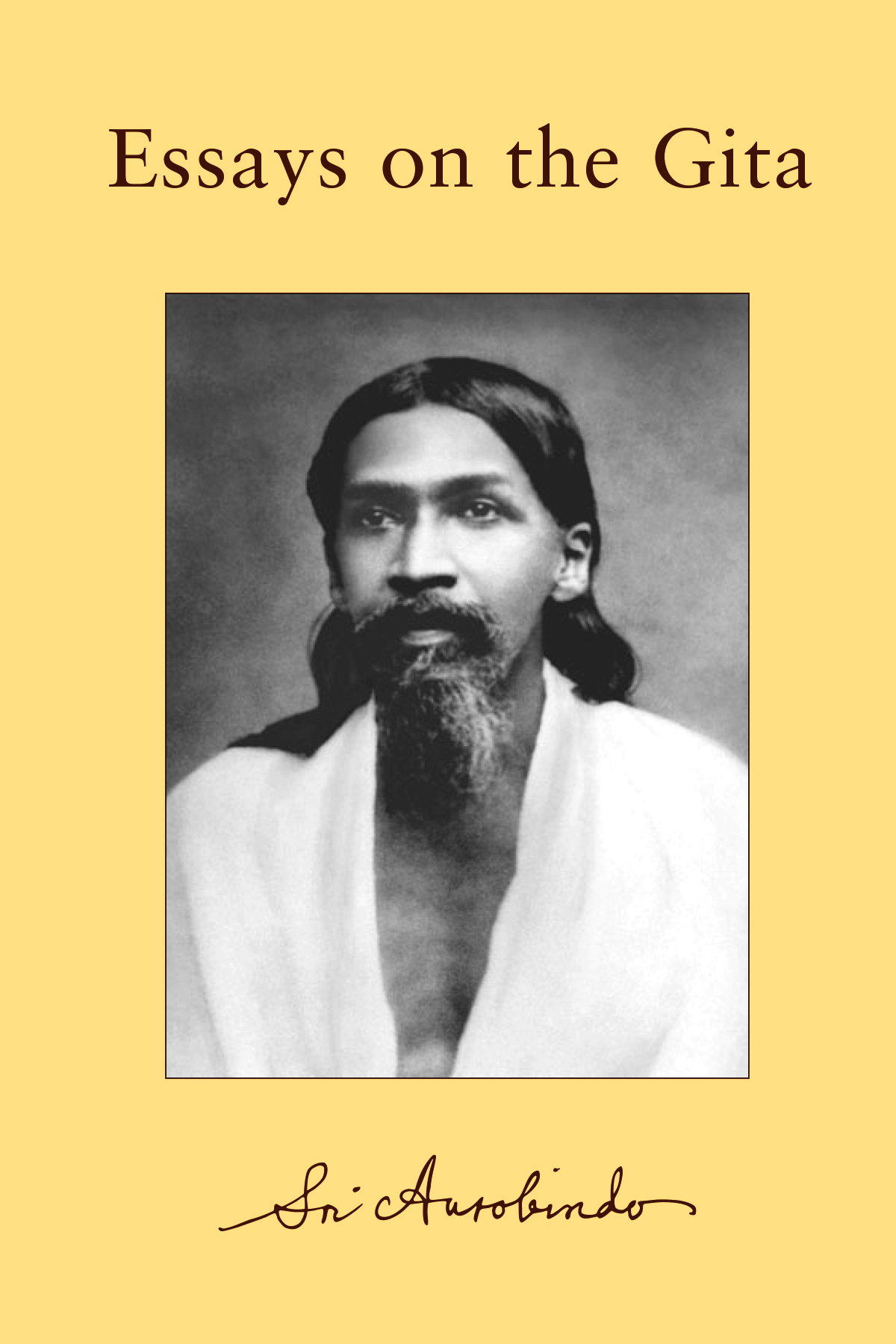 Essays on the Gita

An exposition of the spiritual philosophy and method of self-discipline of the Bhagavad Gita. "Almost all spiritual problems have been briefly but deeply dealt with in the Gita", Sri Aurobindo remarked to a disciple, "and I have tried to bring all that out fully in the Essays". In his estimation the Gita is a great work of spiritual synthesis, for it built a "harmony between the three great means and powers, Love, Knowledge and Works, through which the soul of man can directly approach and cast itself into the Eternal." "Our object in studying the Gita", Sri Aurobindo wrote, "will not be a scholastic or academical scrutiny of its thought, nor to place its philosophy in the history of metaphysical speculation, nor shall we deal with it in the manner of the analytical dialectician. We approach it for help and light and our aim must be to distinguish its essential and living message, that in it on which humanity has to seize for its perfection and its highest spiritual welfare." Contents: Our Demand and Need from the Gita; The Divine Teacher, The Core of the Teaching; Man and the Battle of Life; Sankhya and Yoga; Equality and Knowledge; Above the Gunas; The Supreme Secret; etc.

Sri Aurobindo was born on August 15, 1872, in Calcutta, India. At the age of seven, he went to England for his education. After taking a Tripos in the Classics from Kings College, Cambridge, he returned to India in 1893. For the next fourteen years, he worked in the Princely State of Baroda, in various government departments and as a professor in Baroda College. During this period, he mastered Sanskrit, Bengali and several other Indian languages and produced a prolific output of poetry and literary criticism.In 1906, Sri Aurobindo quit his post in Baroda and went to Calcutta, where he became one of the leaders of India's struggle for independence from British colonial rule. In this context, he envisaged and organised a two-pronged approach non-violent Boycott and non-cooperation for the masses and revolutionary action leading to armed insurrection for those who were ready to sacrifice themselves for the country. Arrested in May, 1908 for conspiracy, he spent one year in jail as an undertrial prisoner, but was then acquitted.

from 1905, at Baroda, Sri Aurobindo took to the practice of the spiritual discipline of yoga, initially as a means to enhance his capacity to bring India her independence. Subsequently, in 1910, he withdrew from politics and moved to Pondicherry to devote himself exclusively to the practice of yoga.

After gathering up in himself the essential elements of past spiritual experience, he moved on in search of a more complete realisation, one which would unite the two poles of Spirit and Matter. During his forty years in Pondicherry, he worked out a new system of spiritual development which he called the Integral Yoga. The aim of this yoga is a spiritual realisation which will not only liberate mans consciousness but transform his nature and divinise life. In 1926, Sri Aurobindo withdrew to the seclusion of his room, but continued to maintain contact with disciples through a large correspondence and by giving darshan four times a year. Among his many writings of the Pondicherry period, the best known are The Life Divine, The Synthesis of Yoga, Essays of the Gita and Savitri. Sri Aurobindo left his body on 5th December, 1950.