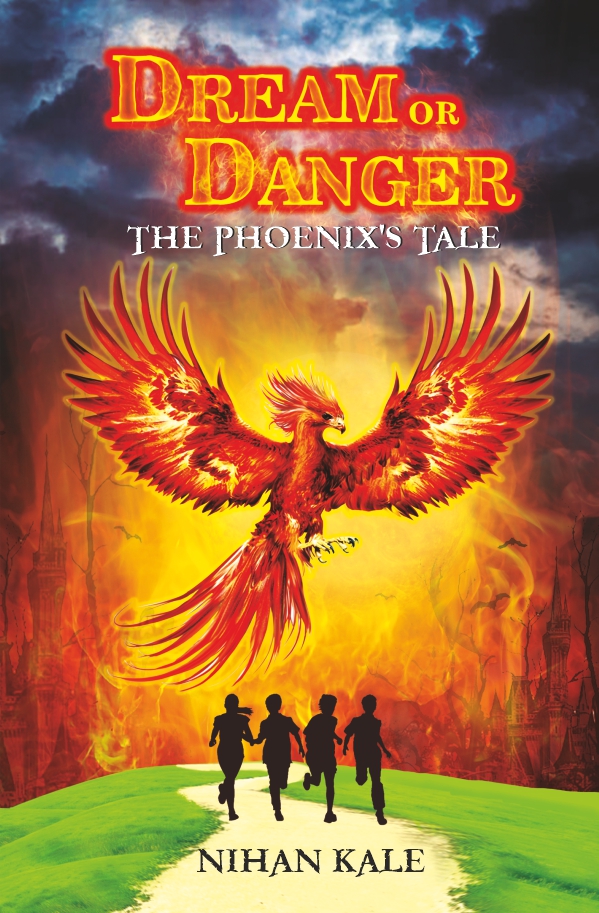 '...flashlight descended from the black, stormy cloud and a black cloth covered creature with visible white and dirty teeth and no other facial elements dropped slowly from the light. It had long black arms white four pointed fingers and the end of the black cloth hung down at the end. It levitated slowly and its short black legs with pointed toes appeared to touch the noble land of mother earth…'

A treacherous alien civilisation named Zorg has arrived to conquer the entire universe and their final target is planet Earth. The future relies on Alex, his three friends and a scientist named George. As Zorgs rise to power, they try all the ways to demolish the ruinous colonization. Unfortunately, one mistake and they are deserted on an unknown planet and George goes missing. Is our future safe? Can they save planet Earth while struggling on another planet?

Nihan Kale is a 14 year old debut novelist of the book, Dream or Danger – The Phoenix's Tale. He is currently studying in 9th grade at Dr. S. Radhakrishnan International School Mumbai. He is a keen blogger, bibliophile, dog-lover, environmentalist and a music enthusiast. The love for books began from a young age and the idea of writing stories beautifully evolved from that time. A young mind filled with imagination is what categorizes him. The love of literature is the key reason to help him write his first book. He is a fiction novelist wanting to create a better world with his stories.