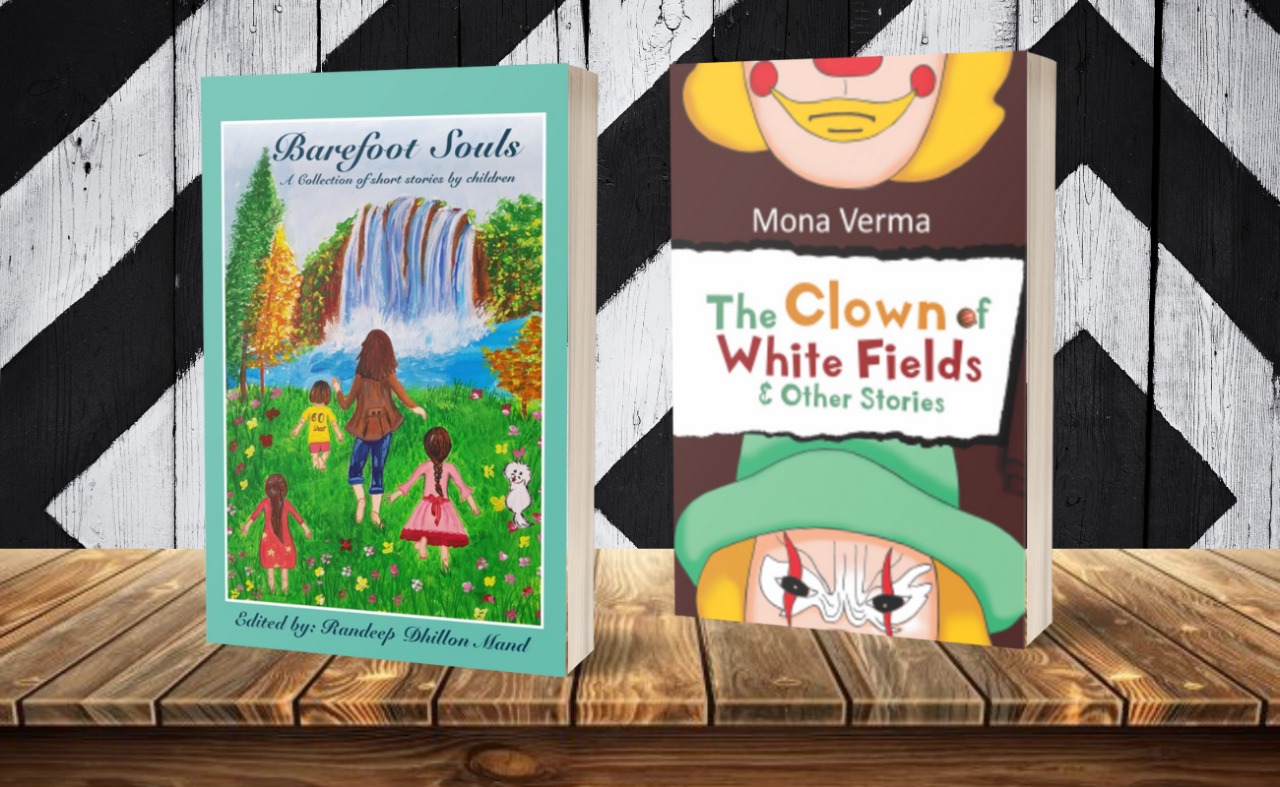 Combo of short stories for kids

The Clown of White Fields & Other Stories

The Clown of White Fields is a collection of 7 stories set in various parts of the world, and a common thread of mysticism unites them. They are stories about children and people from small places who have a secret each. The enchanted world they live in, they are possessed by magic and the illusory world of dreams.

Be it Anatoly's special powers or Siom's hatred for his step mother, Oddvar's shame of poverty, Azec's magical circus or Ravana's soul wanderings; they all brave the oddities as time affords them clarity and strength. The book attempts to bring back the lost era of storytelling, with illusory and mystical undertones that a child's innocence

For once, children were allowed to weave their own tales and recount them. Lo and Behold, their abilities to visualise an enchanting world with fascinating characters blossomed and soon it was raining stories.

A Japanese princess flees her kingdom and has to be coaxed back by parents. An old tractor comes to terms with life on a new farm in Punjab. The king of an ancient Indian city finds a way out of battle and bloodshed.

Adventure, time travel, family conflicts, treasure hunts! The stories with such varied themes compile together in this engaging book that is sure to strike the right chord with children who gladly escape into a make-believe world and adults who might chuckle at the innocence of these greenhorns.