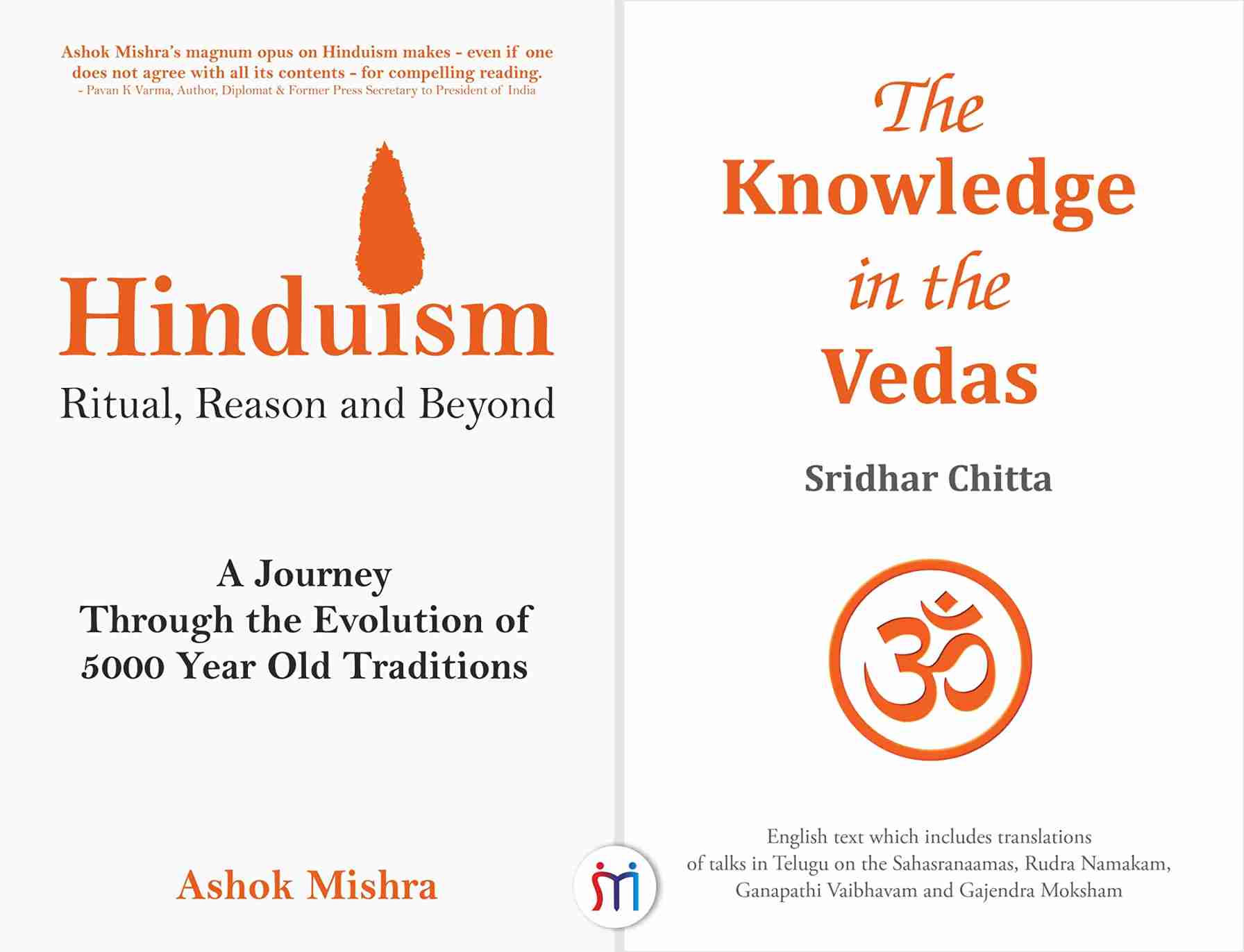 Combo of 2 well researched and bestselling books on Hinduism & Philosophy

About the Book : Hinduism

The book is journey through 5000 years of evolution of Hinduism, and is outcome of seven years of study to understand the roots of Hinduism. Tracing the genesis of Hinduism to pre-Indus Valley period, the book explains Hindu, Hinduism and Sanatana Dharma, before it takes one through Hinduism's oldest scriptures - the four Vedas, the four components of each Veda, and what they contain. How all original translations of Vedic texts were done by Western Sanskrit scholars, and why their works have left scope for doubt about the fidelity of translations.

About the Book : Knowledge in the Vedas