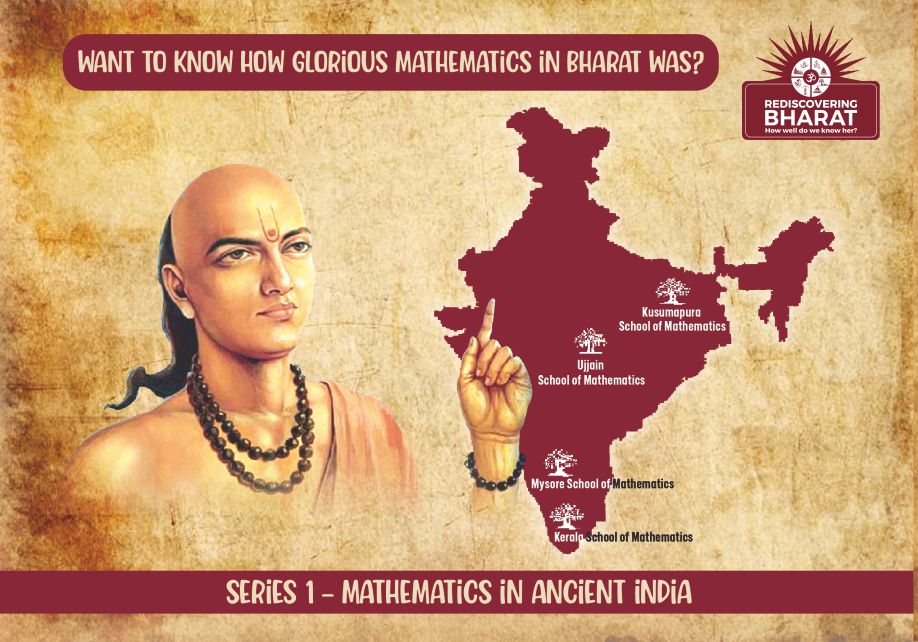 The underlying myths that most of us Indians have grown up with is that India was born in 1947! Before that, for centuries, we were a conquered land. And the period before that doesn't matter, because it is prehistory. Nothing is farther from the truth. It matters!

It is said about Bharat – “Anything that can be done by man or god, has been done in this country!” Rediscovering Bharat is an attempt to reintroduce the reader to the glory of Bharat.

Rediscovering Bharat is not just harping about our glorious past, though we have every right to harp about it! It is about recognizing that we have the most relevant model of progress and prosperity for humanity as a whole. It is called Sanatana Dharma, which is capable of bringing back the balance between humankind's urge for material success and its need for inner wellbeing.

Rediscovering Bharat is an attempt to initiate the reader into a personal journey of rediscovering his/her own Bharat.

This booklet introduces the reader to the geometry-saints of ancient India and their Sulva Sutras, and underlines the conception of the Pythagoras theorem in India, centuries prior to the birth of Pythagoras!

It is generally believed that π is a European conception. This fascinating story takes the reader through innumerable Indian mathematicians’ efforts to approximate the value of π, right from 800 BCE to 1900 CE.

Like most Indians of his generation, Kalyan grew up under the influence of the western education system and its attitudes towards life. Academically inclined, he graduated in Metallurgical Engineering from the N.I.T, Rourkela, post-graduated in business management from S.P.J.I.M.R, Mumbai, and has had a “well-settled” career in the BFSI industry. But he is essentially a restless soul. With a million dreams in his mind’s eyes, and his feet refusing to stay on the ground, he meandered through life’s mundaneness with a thousand questions in his heart. Until one day, he realized two things. One, he is a seeker. And two, he belongs to a land which pioneered the art and science of seeking. That’s when he fell in love with Bharat. Rediscovering Bharat is simply a reflection of his personal journey into getting to know himself and his Bharat, with a wish and a desire that all Indians start their own journeys too.