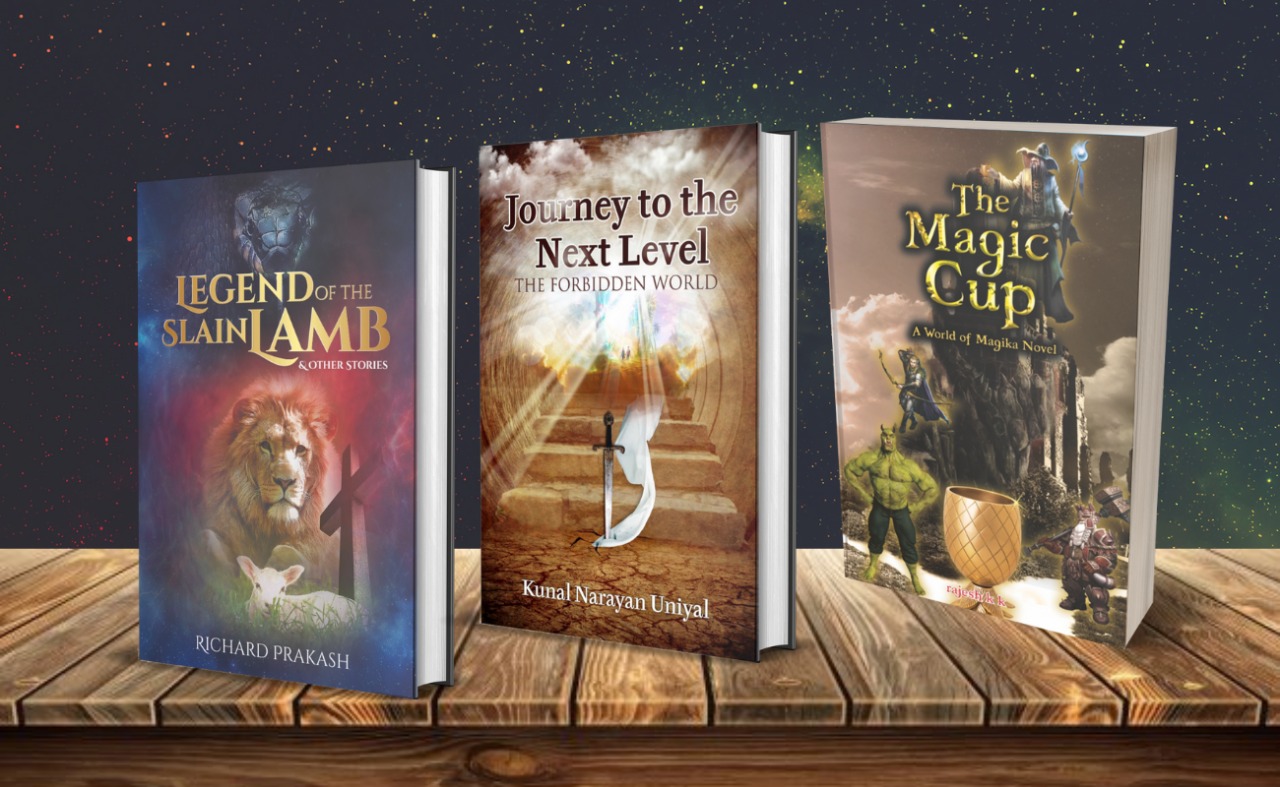 One of the most obvious benefits of fantasy is that it allows readers to experiment with different ways of seeing the world. It takes a hypothetical situation and invites readers to make connections between this fictive scenario and their own social reality.

The book The Magic Cup : A World of Magika Novel is about a parallel world. Four good friends from Bangalore are mysteriously transported to another world called Magika. This is a world of magic and is populated by Elves, Dwarves, Giants and other such fantastic creatures! Upon arrival, they are told that they've been brought here to help as an evil sorcerer - the Dark One - has stolen The Magic Cup, and now wants to take over the world of Magika. Want to find out more?

The book Journey to the Next Level is about Omi. Omi takes on a journey of his life when he is approached for help from a man in a coma. Little did he know that this would turn out to be the greatest adventure of his life. The journey which commences from an ancient cave takes him to different levels of immortal existence. During his passage, he meets his ancestors, his friends and foes, his real self, which paves way for him to reach the forbidden world. Read the book to find out more on Omi’s journey.

The book Legend of the Slain Lamb & Other Stories is a story about Lamberto, a kindhearted lion who is not happy with the killing of innocent animals by predators. He wants the killings to stop but has no clue as to how that can be done until he hears about the ‘Lake of Wonders.’ He uses the powers of the lake to transfigure himself into a lamb. But though that does stop the killing of animals, it also opens the way for the Snake Annacondia to kill Lamberto, the lamb. Then something really bizarre happens wherein Lamberto emerges as the Victor in the ongoing tussle. Read and find out.

It is a fantastic combo!