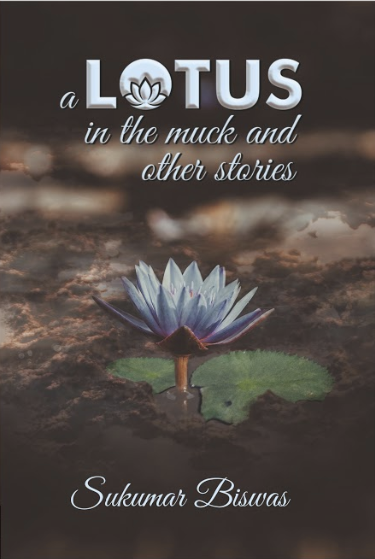 A Lotus in the Muck and other stories

About the Book: This book is a collection of short stories – seven, in all. Each one is different from others. But all of them are stories of ordinary people in the real world around us. So, even in a murder mystery like, The Labyrinth or a suspense thriller like, Not in the Name , the characters will appear real and the happenings relatable. Death on a Wedding Altar is a painful story of a migrant girl who suffered deep scar on her face in a communal riot in her erstwhile country and failed to cope up with the different realities in her life. Love in the times of Love Jihad tells the story of a defiant love between a Hindu girl and a Muslim boy in the backdrop of militant religious sentiments prevailing in the country. How a little street urchin exploits the unfulfilled emotions of love and affection of a highly successful but lonely woman and how he himself falls prey to the same emotions, is the story of The Tender strings of Life. Love once came… is a man's journey to his childhood village where he relives his memories and discovers some facets of his life which he never knew before. A woman’s spirited resolve to claw back to life when she realised that her marriage wasn’t working, is accounted in the story, The Buried Memories. A Lotus in the Muck depicts the story of a young girl, who was much abused mentally and physically, and was forced to live a life of disrepute, yet kept her soul unsullied and goodness in her heart intact.

About the Author: The Author, a banker by profession, has lived in different parts of the country where his job took him to. Although his hometown is Kolkata, he considers himself to belong to every other places that he lived for a considerable period of time. This is the Author's first book to be published through which he attempts to mark his entry into the world of Literature from his hitherto world of Banking and Finance.