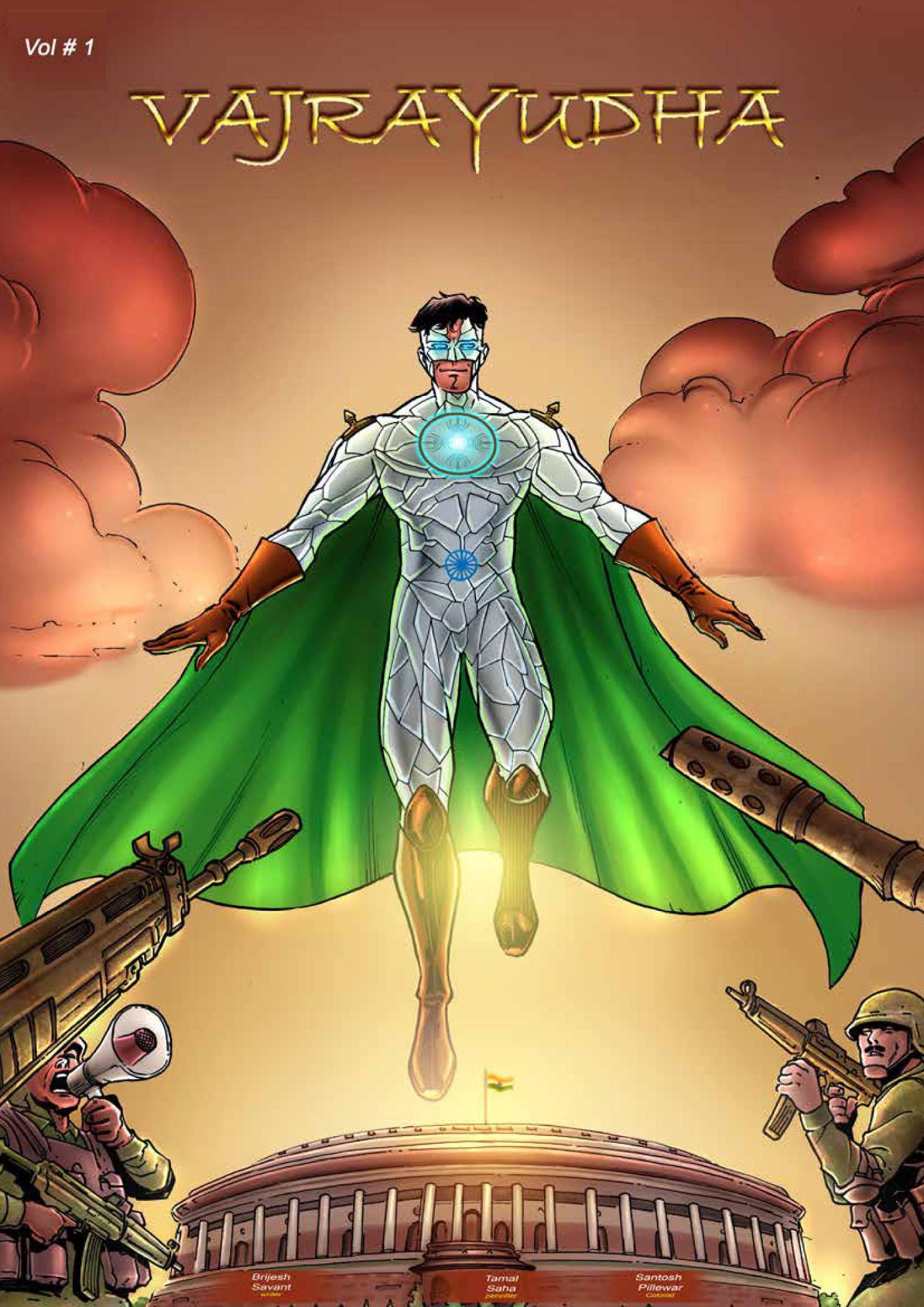 About the comic book:

We have been inspired by lots of superhero comics published mostly by the western countries where the core of the origination of any superhero is POWERS. And speaking about powers if we draw attention to our culture and ancient reference holy books they speak about power vast in the universe. Due to the complexity of these powers we have been ignoring the deepest secrets hidden in our ancient mythological stories. Hence the story that I bring forward is that powers which existed in our mythological stories or mentioned in the Hindu Vedas have been brought into today's world and a chosen lucky person receives it accidentally. This superhero is called Vajrayudha since he resembles Lord Indra’s weapon Vajra and is more powerful than that now. But after possessing the great powers faces lots of powerful super villains and highly intelligent people whose knowledge of science is bigger or equivalent to our superhero's powers. The entire story board is based on the part in Puranas starting from our great Hindu gods who had faced big battles with the devil (Raskhasa and Asuras). Lord Indra battles Asura Vrita where he receives the mighty weapon from his loyal devotee Sage Dadhichi called Vajrayudha. Such a powerful weapon is a combination of 4 powerful weapons. The protagonist of this story receives the same powers and is a human manifestation of the weapon hence called Vajrayudha.

Born and brought up in the suburbs of Mumbai always had the passion for working in the entertainment industry. I had a fascination for creative work. But life had something else for me. I landed in the aviation industry, and therefore I am ex Emirates Airlines staff- Finance for 10 years. However, the curiosity of India's lost cultures or any other country's ancient history has always been a part of my life. About India I could only dig till the Vedas and Purana which I am still studying. Also fond of superhero movies and as I grew up, I found that the current superhero business companies who develop fake superhero powers are having too much importance. Giving importance to my passion for creative work I designed a superhero. Here we are neglecting the actual powers that ancient India stated or even possessed which are sadly called as a myth. So I took up a mission to draw the attention of today’s generation to India’s ancient superpowers stated in holy scripts. I created this superhero which will be more entertaining than any character.