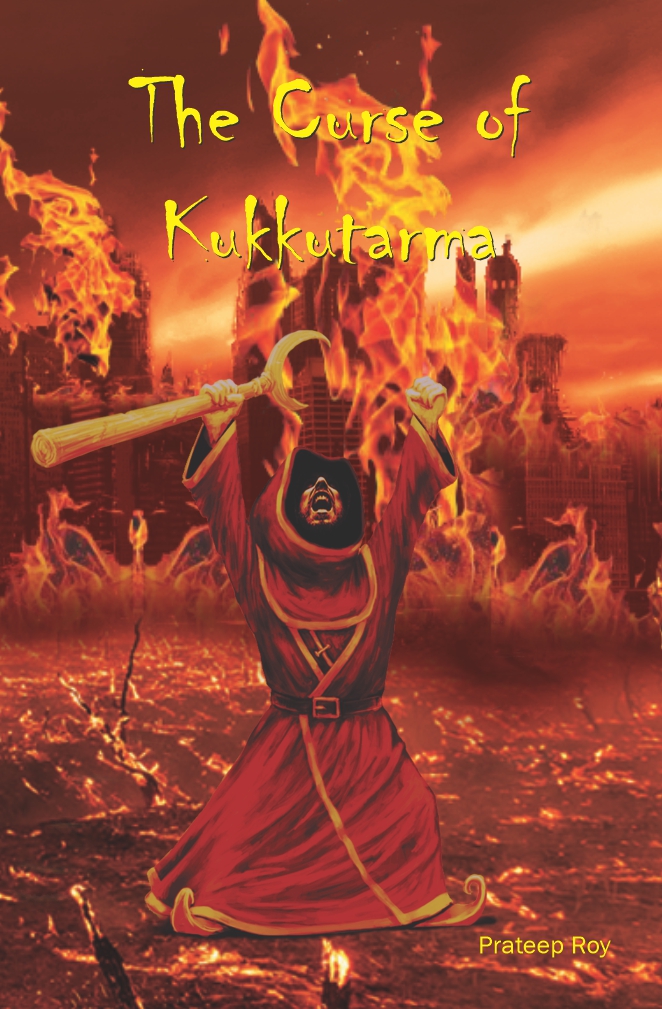 The protagonist, a prodigy, now a grown-up scientist, realizes his childhood dream of making a time machine. He creates Atitayā́n (a machine that travels to the past). In his quest to witness the Kurukshetra war, he sets off to travel thousands of years into the past. But due to some technical glitches, he travels 100 years into the future instead.

A brother-sister duo rescues him. Together, they relaunch the Atitayā́n. The Anthropologist sister travels thousands of years into the past in Atitayā́n to witness the Indus Valley Civilization. There she witnesses a conspiracy brewing at Kukkutarma (Mohenjo-daro) organized by the Priest-King to grab the power of the Indus Kingdom.

Enraged by the conspiracy, a sorcerer from the Indus state, Kot-Dilji, curses the Priest-King: unless he abandons his unconsecrated plans to conquer and rule the Indus Kingdom, the kingdom will perish.

Prateep Roy is an Anthropologist and has spent 30 years working in the social development sector as a researcher. Having played the first innings of his life as a researcher, he decided to play the second as a storyteller, concocting stories from the million yarns and experiences he accumulated through his interactions with millions of people, places and lives during his career.

The Curse of Kukkutarma is his first novel. Earlier, he had written a novella on KDP called ‘The First Empress, 60,000 years ago,’ about the Out of Africa migration theory.