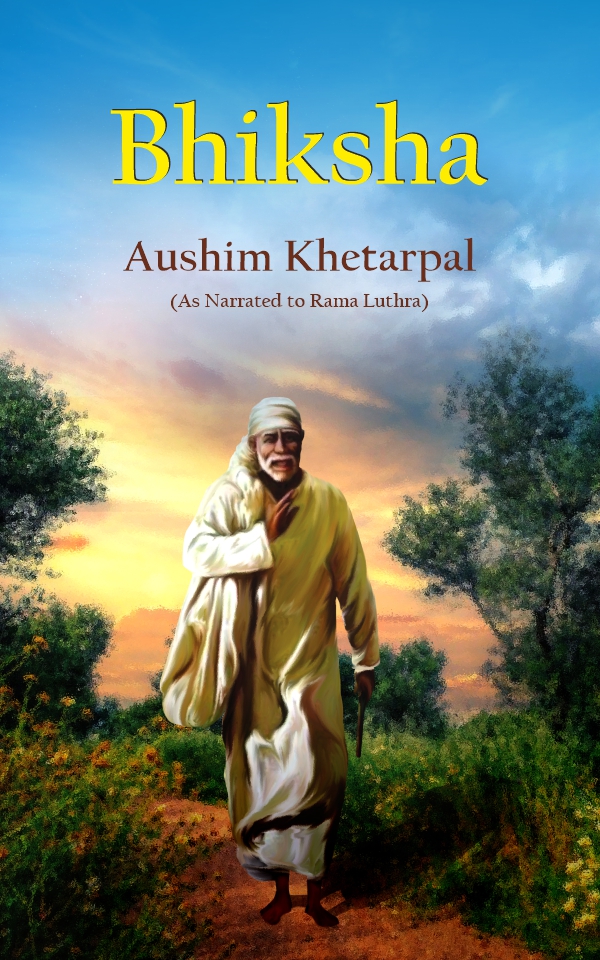 Bhiksha : As Narrated to Rama Luthra

What is the importance of Bhiksha? Why did Baba ask for Bhiksha? Even when it was considered a dishonor to ask for Bhiksha, why did Baba continue to seek alms? He would perform miracles in front of the people of Shirdi and yet HE would go out and ask for alms.

A thought which was so ahead of its time was ingrained in HIM by Venkusha. Venkusha explained, “a Saint asking for Bhiksha takes away the negativity of the house he goes to, asking for the Bhiksha.” The house giving the alms is blessed. Baba gave milk to the dogs, to the hungry, and from the little food he gathered, HE kept a tiny portion for Himself.

This book is for all those people who have grown in age through the years and yet await to realize the purpose of their life. Humans look at every action to have a resultant favorable outcome in materialistic terms; which may or may not come into reality. But ‘Seva’ when done with the right intent brings forth spiritual benefits, and the doer’s old age becomes as beautiful as their once-upon-a-time youth.

Sai Bhakt Aushim Khetarpal was one of India's leading sportsperson who left everything for Divine search. He has dedicated the last 23 years of his life for the Prachaar of Sai Baba & His messages worldwide - over TV, Film, Radio, Print, and Digital platforms.

He is the recipient of the "National Integration Award" which was awarded by the President of India in 2002 by honourable Shri K. R. Narayanan.